Novruz is a colorful holiday and one of the remarkable folk traditions of Azerbaijanis. Novruz is a holiday of spring, the coming of the new year. Culinary symbols of Novruz have always served traditional Azerbaijani sweets - shekebura, pakhlava, gogal,coloured eggs and so on. But the main symbol of Novruz is a Samani.

Meeting at the airport 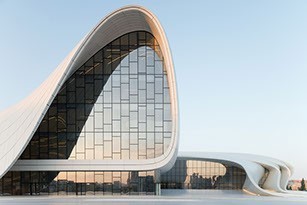 After passing the passport control, transfer to the hotel. 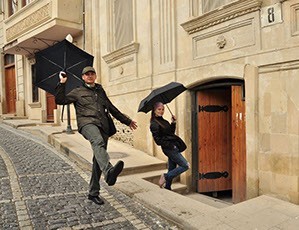 - The fortress of Icheri Sheher with its famous Maiden Tower. This is a unique and mysterious structure, which has become the hallmark of Baku. The 28-meter tower was built in the XII century on the site of an older building dating back to the pre-Islamic era. Some researchers suggest that the tower was the chapel of fire worshipers, others believe that it played the role of a defense fortress. Until 1907, the Maiden's Tower functioned as a lighthouse, and in 1964 a museum was opened here.

- Palace of the Shirvanshahs, 14-15 century. The possession of the Shirvanshahs rulers was built on the top of Baku hill in the 15th century. The buildings crowned with domes, with portals decorated with unique patterns and fine deep carvings, as well as magnificent masonry made of different types of stone - all this still pleases the eyes of all who come here to admire the creations of the hands of medieval masters.

and of course, we will surely walk along the narrow streets of the old city, we will see modern quarters and the picturesque embankment of Baku!

In the process of dating, we will visit one of the local colorful restaurants, where you can taste the real Azerbaijani cuisine!

In the evening, return to the hotel. 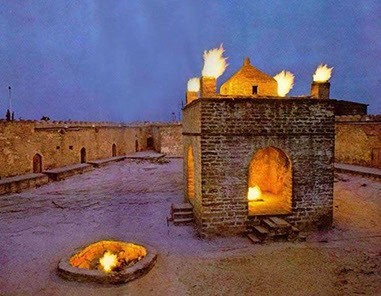 Breakfast in the hotel. We are going to study the next most interesting region of Azerbaijan.

Initially, the peninsula was called the Absheron Cape, after the small village Absheron, which existed until the 20s of the XVIII century. It is believed that the word "Absheron" comes from the phrase "salty water" (in the ancient language of tats - "ab" - water, "sheron" - salty).

The Absheron Peninsula is also a territory where they found numerous evidence for the habitation of ancient people. In 1936, a flint core was found near the shore of the Zikh lake, resembling a tool of Paleolithic man. And in the area between Bibi-Heybat and Bailov, archaeologists found rock paintings of the oxen, similar to Gobustans. Images of dancing people are the first monument on Absheron, referring to the transition period from the Stone Age to the beginning of Bronze, and the drawings of goats and other animals date back to the beginning of the 1st millennium BC.

In this region we will visit:

- Temple of fire worshipers Ateshgah. This area is known for such a unique natural phenomenon, as the burning outlets of natural gas (gas, breaking free, comes in contact with oxygen and ignites). In its present form, the temple was built in the XVII-XVIII centuries. It was built by a Hindu community living in Baku belonging to the Sikh caste.

- The village of Gala is one of the brightest found settlements of the III-II millennium BC;

At the end of our trip today we will see Red Lake, which, due to unique natural combinations, changes its water color 4 times a year. 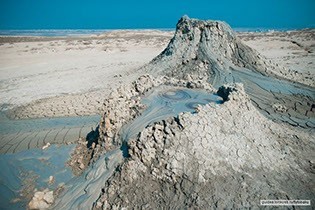 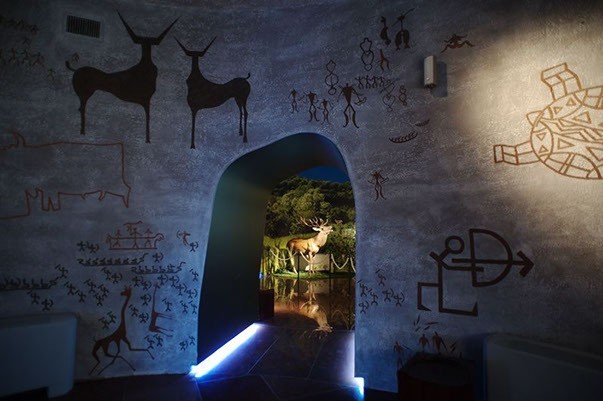 Gobustan (60km from the city center, about an hour the way), mud volcanoes, “boiling” lake.

After breakfast at the hotel we set off to explore the nearest surroundings of Baku. On this day, we will not use long journeys, but focus mainly on natural attractions. True, we don’t hide from historical relics, they are everywhere!

The first on our way will meet the caravanserai of the 15th century. We will get acquainted with the life of the peoples of that time and study the underground passages located nearby.

Further, our path lies in Gobustan. The word "Gobustan" comes from two words "gobu" and "camp". “Stan” means “place”, and the word “gobu” from the Turkic language translates as “dried up wide riverbed” or “ravine”. There is a huge amount of evidence of human life, from the X-VIII millennium BC to the Middle Ages - rock paintings, ruins of ancient people, as well as a huge prehistoric cromlech. In addition, the Gobustan cliffs keep the memory of the presence of Roman legionnaires. The first archaeological excavations on the territory of the reserve were carried out in the 30s. XX century It was then that about 3,500 rock signs, images and drawings were found, as well as holes in the rocks and man-made pits.

Of particular interest is one of the monuments of this archaeological reserve, the Gavaldash stone, located in the northeast of the slope of the Jingirdag mountain. At blows the stone makes different surprising harmonious sounds. According to scientists, this is due to the air cushion, which somehow is located directly under the "musical instrument".

On the rocks of Gobustan, you can see more than 400 ancient cup hollows, which were made with solid stone tools. Researchers attribute these grooves to the Neolithic period. Holes were used to collect rainwater, blood of sacrificed animals and for other purposes.

Near this reserve are the famous mud volcanoes and lakes. We will expect that the weather conditions will allow us to enjoy this unearthly fascinating spectacle in all its glory.

And, as the “cherry on the cake,” a 13th century mosque of Bibi Heybat. It is located on the shore of the Baku bay, and is one of the most important religious landmarks of Azerbaijan. After breakfast, we head to the town of Guba

The city was founded in the XV century, in the second half of the XVIII century was the capital of the Guba Khanate. The lip is a famous center of carpet weaving. From here, souvenirs of local artisans and famous Guba carpets are being brought. We will visit the historical museum, the Juma mosque and the mausoleum of the 17th century. Next we are waiting for "Caucasian Jerusalem" - the historical homeland of the mountain Jews - Red Sloboda. In the process, we will be able to admire the most beautiful mountain landscapes of the Caucasus. We will pass through the Tengealtyn Gorge and see the Afurzhzhinsky waterfall, the “forest tunnel” and the unique “Mysterious Minaret”. And familiarity with the life of the 5000-year-old village of Xinalig located at an altitude of 2300 meters will leave in our hearts the warmest memories of the proud inhabitants of the Caucasus. We return to our hotel in Baku. Independent evening stroll along the famous Baku embankment. Do not forget to throw a coin into the Caspian Sea! Do you really not want to return to this amazing and hospitable country again! Overnight in Baku hotel. 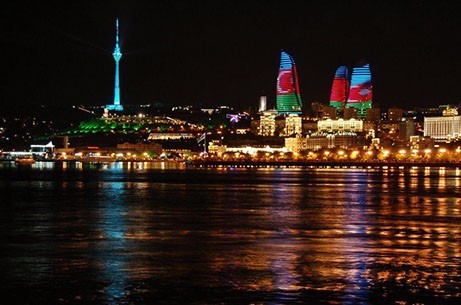 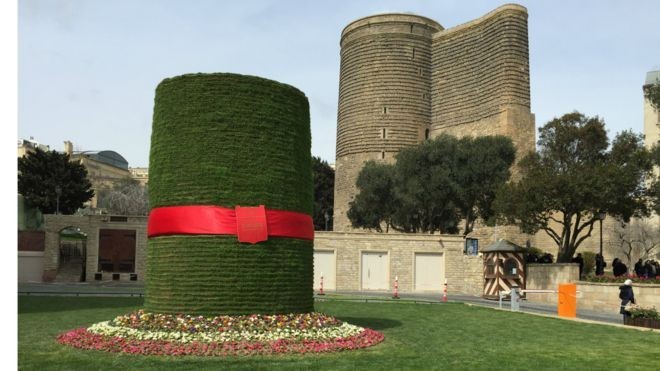 Breakfast at the hotel (if you do not have time, in connection with an early departure, you can order a lunch box with you on the road). Airport transfer.